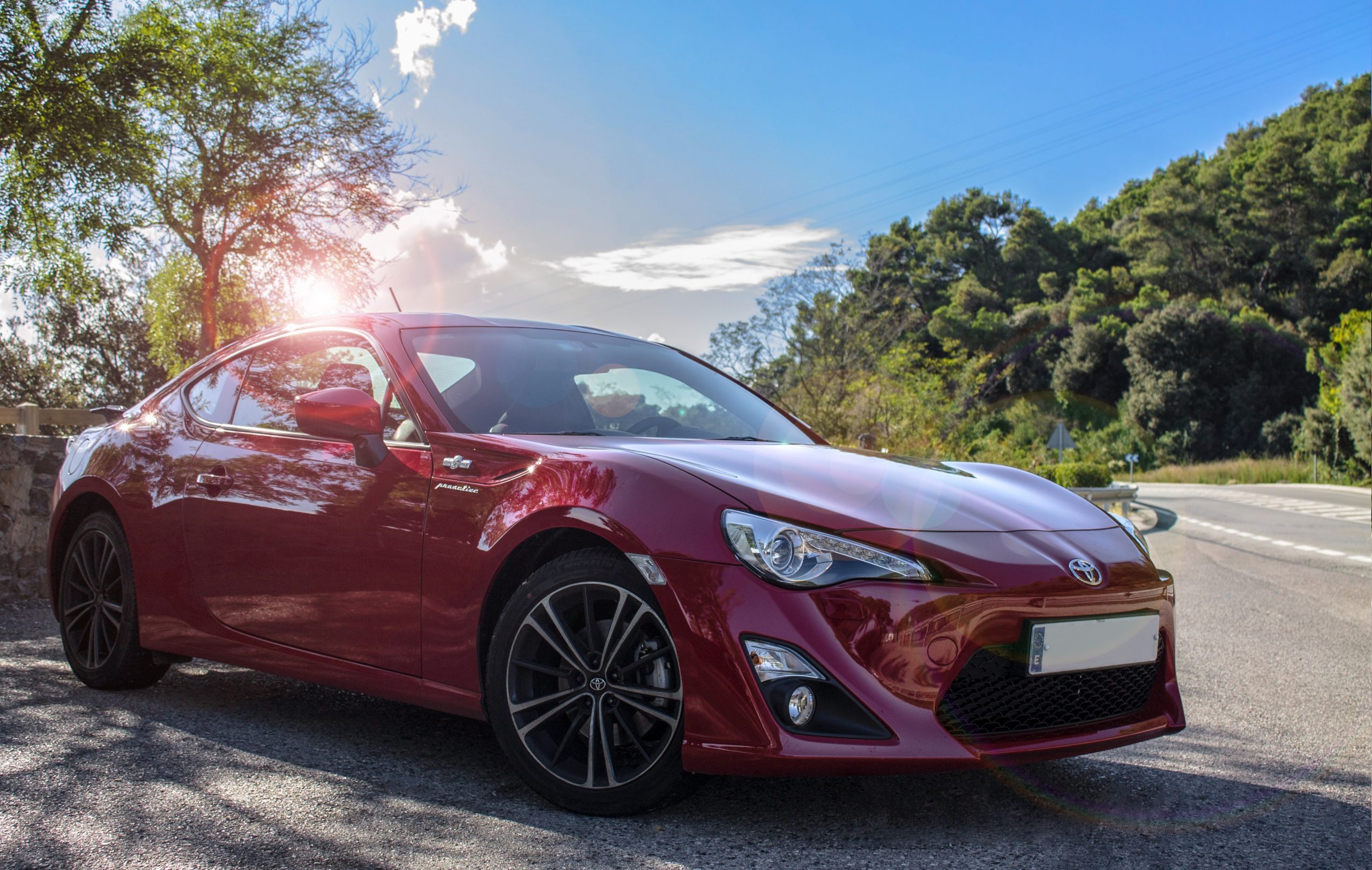 With iconic models and years of invention, Toyota goes down in auto history, as a synonym for the Japanese car manufacturing prowess.

Looking for the ultimate list of Toyota stats? You’ve come to the right place!

・In 1957, the Toyota Crown becomes the first passenger car made in Japan to be exported to the United States

・Toyota company headquarters are in Toyota City, an industrial city in Japan.

・In 2012 Toyota was the world’s first car manufacturer to produce more than 10 million vehicles per year, also producing its 200 millionth vehicle.

・The Toyota Prius was the first mass-produced hybrid car, launched by Toyota in 1997. 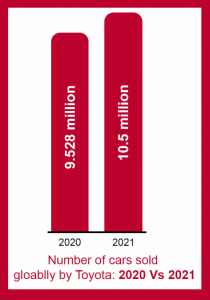 ・Toyota’s second-largest segment is the small SUVs segment. It accounted for 18% of the company’s revenue in 2020.

・In 2020 Toyota sold 9.528 million vehicles globally, owning the title of largest automaker in the world.

・Although a Japanese company, the top worldwide market for the Toyota brand is the United States.

・Toyota sells more than 40 hybrid vehicle models around the world.

・In 2002, Toyota began a development and demonstration program to test a hybrid hydrogen fuel cell vehicle, the Toyota FCHV.

・In 2015, Toyota released 5,600 patents for free use to promote global development of hydrogen fuel-cell technology. 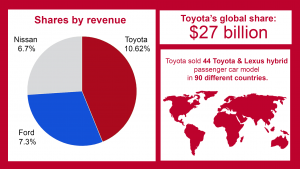 ・From January 2020, Toyota Motor Corporation has sold 44 Toyota and Lexus hybrid passenger car models in over 90 countries and regions.

・The Yaris was the most popular Toyota model in Great Britain, followed by the Aygo with 351k owners.

・As of 2021, Toyota has sold 50 million Corollas across twelve vehicle generations.

・The Corolla is Toyota’s best selling car of all time.

・The Toyota Prius has long been the most successful hybrid on the market: In 2008, Toyota sold nearly 160k Prius hatchbacks, more vehicles than the rest of this 10 best selling hybrids list combined.

・December 2021, Toyota announced it would invest $70 billion in electric vehicles by 2030

・Toyota has pledged to build 3.5 million battery-only electric vehicles per year worldwide by 2030, including cars, pickup trucks, and SUVs.

・Toyota plan for six zero emission vehicles to be introduced by 2025.