Say hello to hybrid happiness this July with an extra £500 Saving on New Toyota Hybrids!* 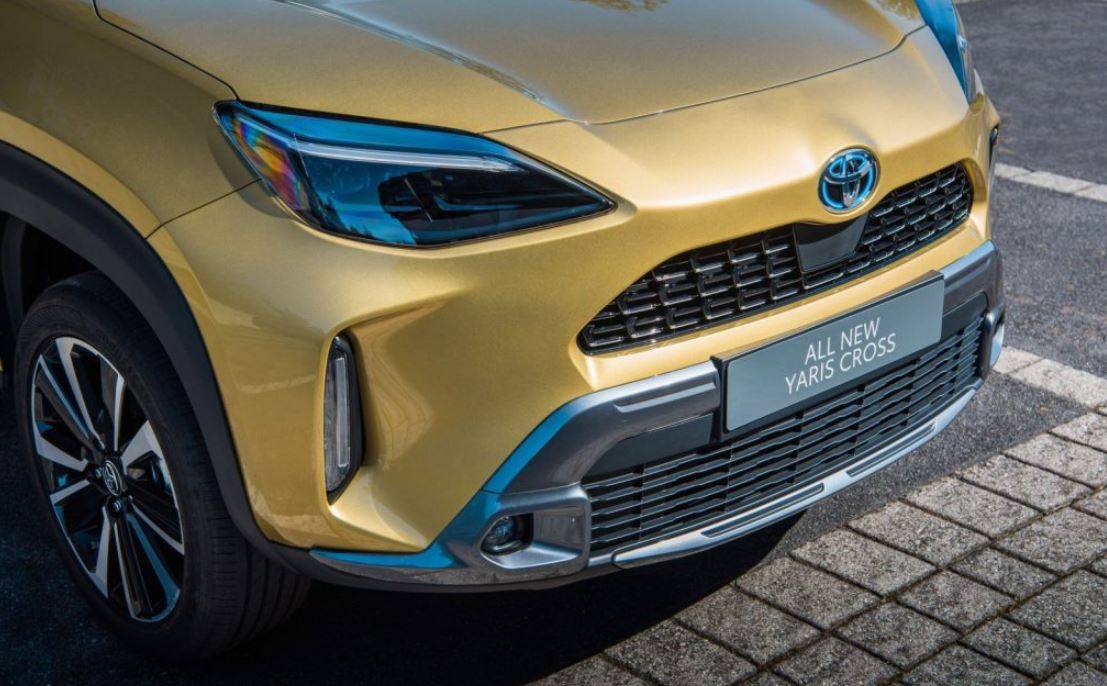 A select group of national UK motoring outlets were recently invited to take early test drives of the highly anticipated, all-new Toyota Yaris Cross. The professional road testers were presented with left-hand drive pre-production prototypes, yet this taster session offered them a valuable opportunity to get to grips with our tough new crossover ahead of its UK launch in September 2021.

What first impression did the new Yaris Cross make with road testers? Below is a selection of excerpts from their online reviews.

“Styling-wise, the Yaris Cross mixes recognisable elements from its supermini sibling with the traditional boxier bodywork and ‘rugged’ styling cues… of an SUV. It’s built on the same TNGA-B platform… and has an identical wheelbase, but is 240mm longer and has 30mm more ground clearance and a bigger boot. The interior… has a classy, uncluttered feel, in particular through the well-judged steering wheel and the latest version of Toyota’s 9.0-inch infotainment touchscreen One of the most convincing offerings in this category

“On the road, the hatchback roots of the Yaris Cross are quickly apparent, and in a good way. The steering is direct and responsive, making it superbly practical for urban manoeuvring and surprisingly engaging on faster, flowing roads. The chassis balance feels strong as well, and despite the boxy bodywork and stretching of the ride height, it’s generally stable and well balanced at all times.

“The Yaris Cross… has an agreeable character that makes it a strong all-rounder and one of the most convincing offerings in this category.

“Make no mistake, the Yaris Cross is a proper entry [to this segment]. [Its] hybrid-only powertrain feels right in tune with buying trends. And it’s even being made available with four-wheel drive, a relatively rare feature in the class. This is still an efficient car, mind you, regardless of how many driven wheels you go for. Those sold on its funky looks will get a great ownership proposition

“Its mix of a hybrid powertrain that delivers strong efficiency, a good-quality cabin, neatly integrated tech and solid build quality should mean that those sold on its funky looks will get a great ownership proposition thrown into the deal.”

“Sitting in, it doesn’t take long to recognise that Toyota has succeeded in transplanting the solid essentials of the [Yaris] supermini into its taller sibling. The Yaris Cross delivers respectable amounts of body control for a compact SUV and the steering is direct, with a good amount of heft.

“When we tested the Yaris Cross on a variety of urban streets, A-roads, B-roads and motorways, the system reckoned we’d been driving in pure-electric mode for 66% of the time. If you do most of your motoring in urban areas, that could increase to 70%, which will get you as close as possible to Toyota’s official fuel-economy figure of nearly 66mpg. The car should sell on more than just its good looks

“Overall, the Yaris Cross delivers exactly what we’ve come to expect from a compact hybrid SUV. The engine offers decent fuel economy, while interior quality is good, with well integrated technology that means the car should sell on more than just its good looks.”

“It feels quick off the mark and smooth in general driving, with the three-cylinder engine humming away quietly in the background. It’s best suited to town work, although it’s quiet and refined on the motorway. Handling is very good, too, with accurate and well-weighted steering, little body roll and a feeling of precision that’s quite unusual in this market sector. We wouldn’t describe it as sporty, but it’s certainly keen and will keep you entertained on B-roads if you’re cracking on. Despite this emphasis on road holding, the ride quality is actually above average.”