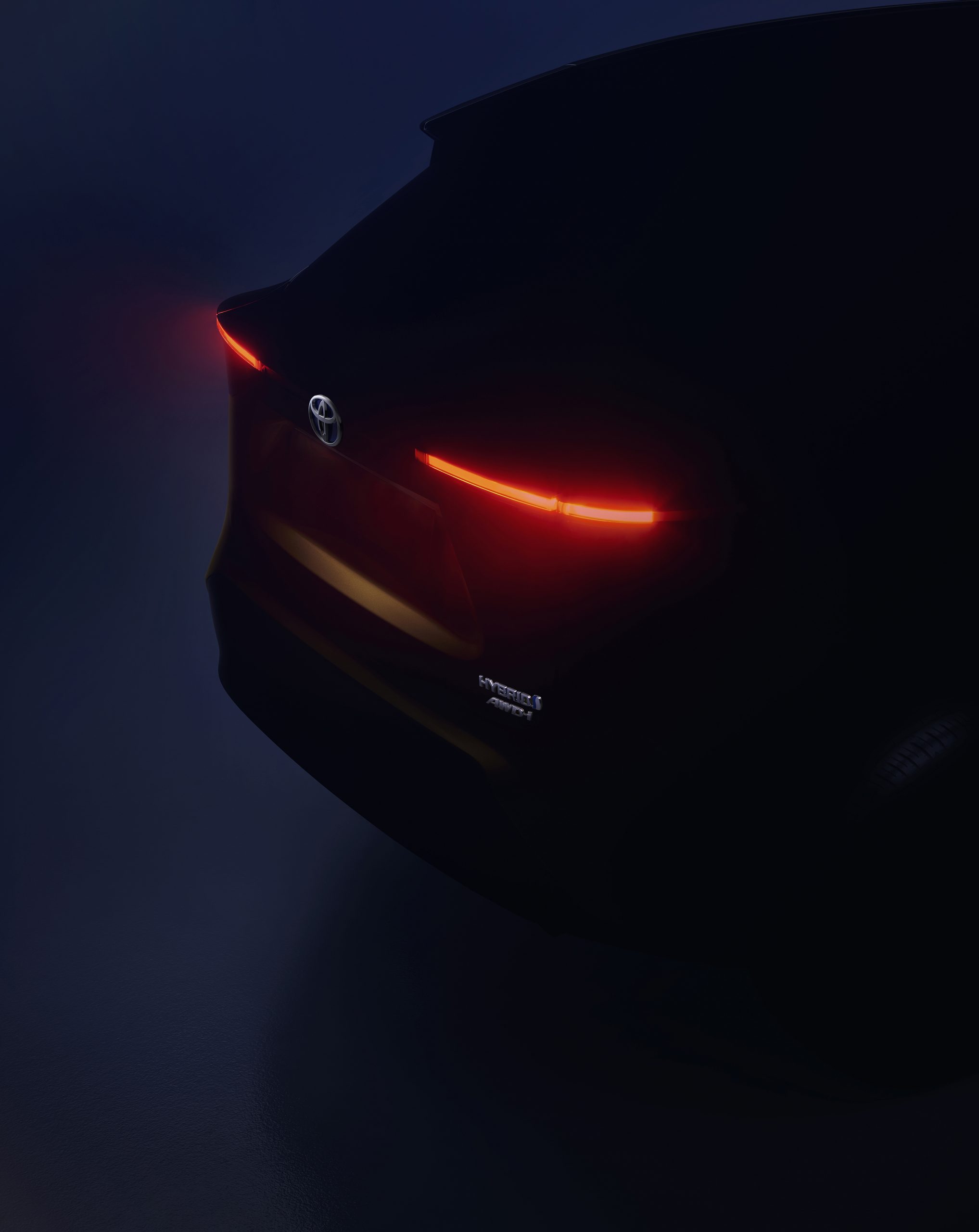 Toyota is adding a new compact SUV based on a variant of the GA-B platform to its European model range and has revealed a second teaser image of the model ahead of its world debut at next month’s Geneva motor show.

The new image (above) complements the stylised silhouette of the future car revealed at the Kenshiki Forum in Amsterdam last month and shows a glimpse of the rear of the new model.

The new model has a raised ground clearance and an intelligent all-wheel drive system, and benefits from Toyota’s latest hybrid powertrain technology. The name of the new compact SUV, volume plans, and timing of its market introduction are to be announced at a future date.

“This model will add to the success of the Yaris in Europe and together, we expect these vehicles will account for around 30% of the Toyota sales volume in Europe by 2025,” said Matt Harrison, Executive Vice President of TME.

“You won’t have to wait too long to see the final design, and you will see that this is not just a Yaris with body cladding and raised suspension, but an entirely new and distinctive B-SUV model with a compact, dynamic design and personality of its own.”