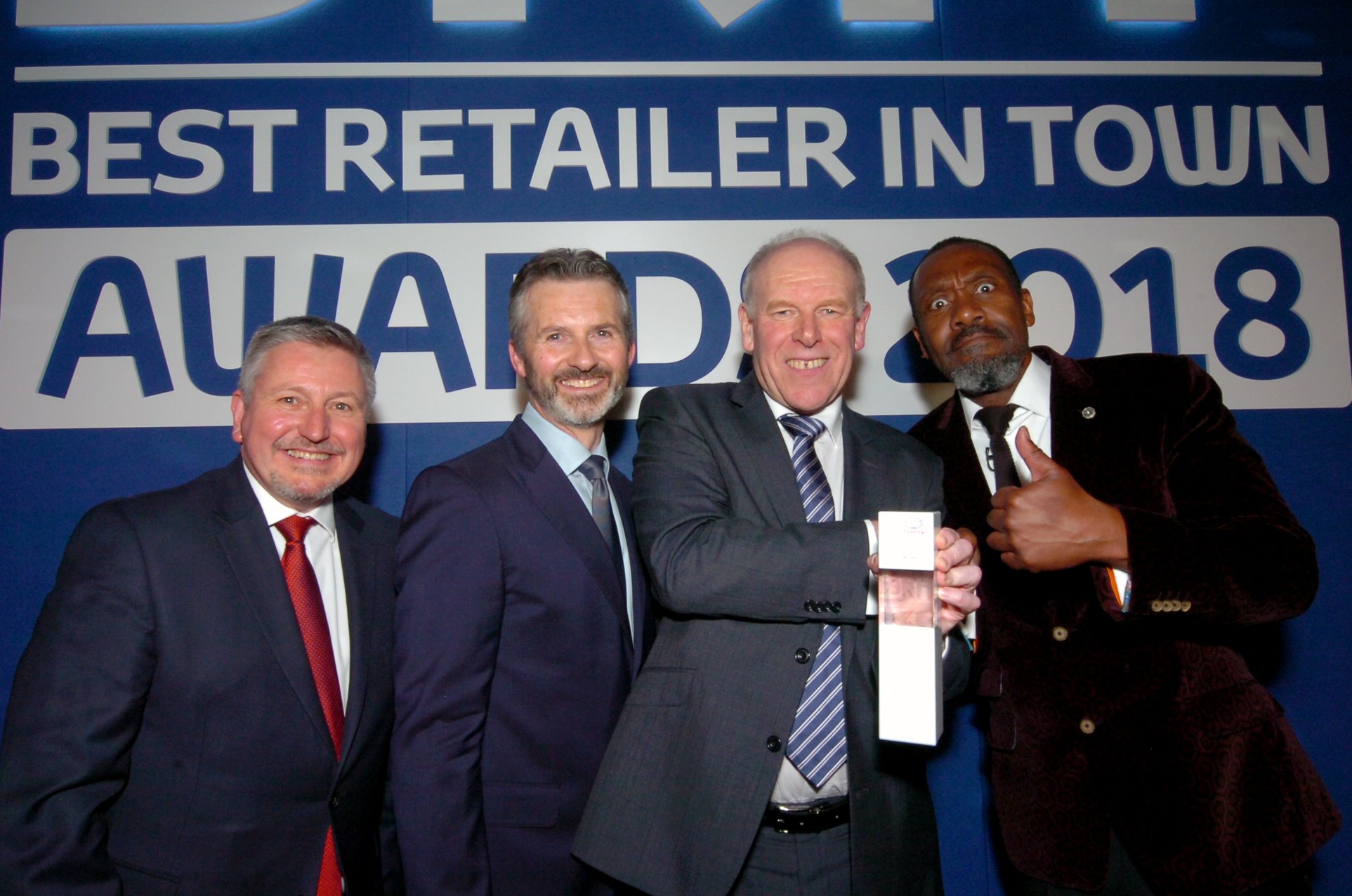 RON BROOKS is pleased to have been crowned with a Toyota BRiT Award for an outstanding display of performance.

Rather than awards for musical accomplishments, the BRiT (Best Retailer In Town) Awards are an assessment across the UK by Toyota, for which Ron Brooks in Derby Road Ilkeston won the top overall prize, Retailer of the Year. Of 182 centres in the running, Ron Brooks was nominated for three awards, taking the win on the top spot as the best Toyota Retailer in the UK measured against seven criteria.

There were 14 prizes in total for categories including awards for customer service, aftersales, performance and more. The Ron Brooks Ilkeston and Mansfield region was placed first nationally and second in the ‘People’ award which judges the qualifications and experience of staff in each department.

Announcing the winner of the top prize, comedian Lenny Henry said: “To win this award, a centre must deliver on all categories.” Upon being awarded with the Retailer of the Year Award, Ron Brooks Managing Director Kevin Slack, said: “In the modern day and age, the way people buy cars is beginning to change.

“Regardless of this change, as a family-run business, we continue to make sure the customer is always at the forefront of everything we do, whether it concerns a car sale or service.

“It’s fantastic to know that the Ron Brooks way of thinking is still applauded and recognised by Toyota as the best practice to help customers with all their motoring needs.”

Founded in 1962, Ron Brooks has been supplying new and used vehicles to customers across the country for more than 56 years. Having set up the location as a dedicated Toyota dealership over 45 years ago, the Ilkeston branch serves as one of the longest running Toyota centres in the UK.