The Ultimate Guide to Toyota Hybrids 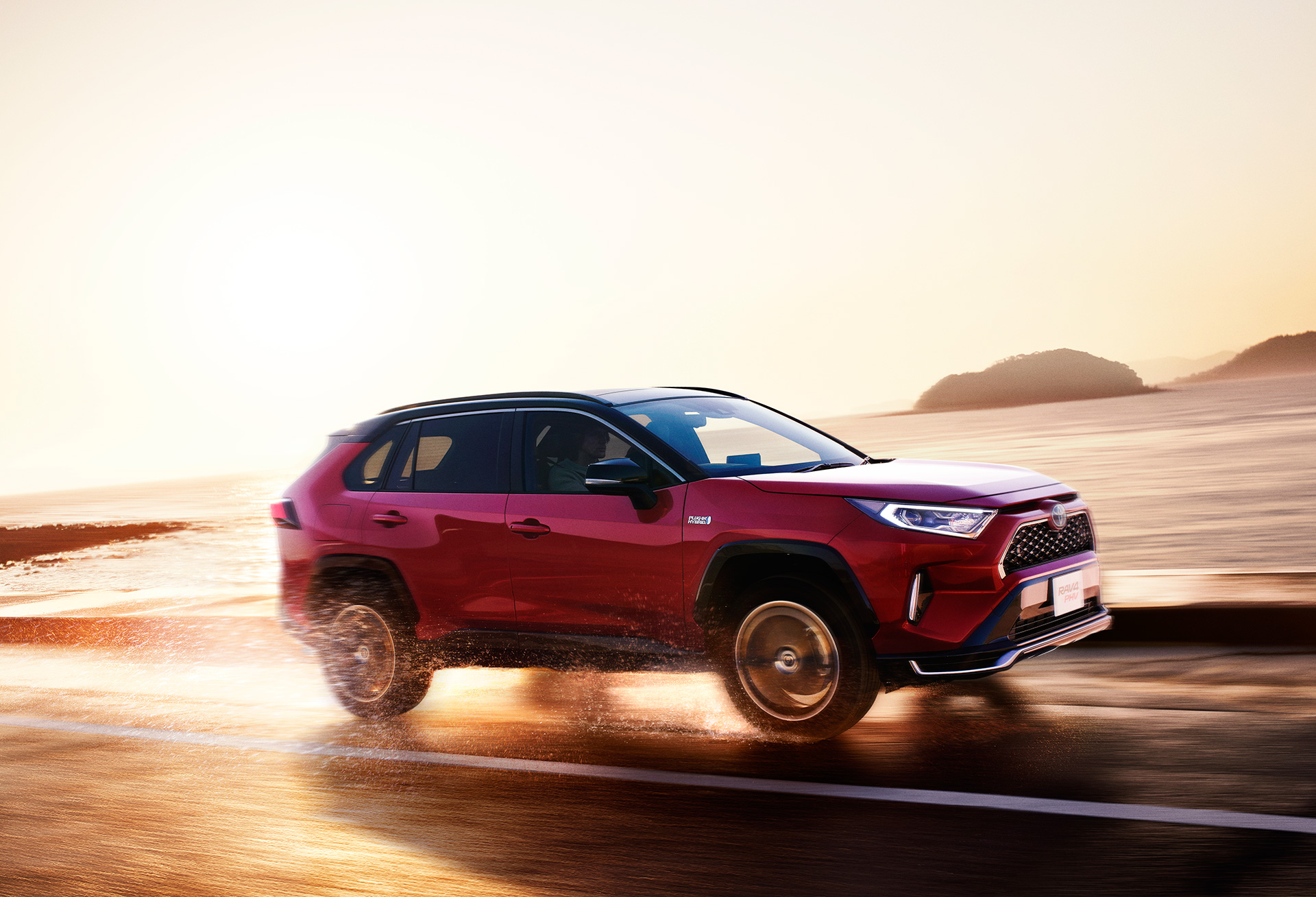 The Ultimate Guide to Hybrid Toyotas

Since producing the first Prius in 1997, Toyota has sold more than fifteen million hybrid electric vehicles around the world, saving more than 118 million tonnes of CO2.

Toyota has more hybrid models in more marketing segments than any other car manufacturer. 20 in Europe and 40 globally. According to Toyota, one out of two cars sold in Europe in 2019 was a hybrid. 3 years later that share continues to grow.

Toyota has released multiple hybrid and plug-in hybrid vehicles, made to suit every driver. But what is the difference between each? We have broken down each model and spec to make it easier to find the right hybrid Toyota for you! Here’s what you need to know about each model. 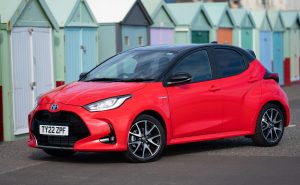 The Toyota Yaris has been a firm favourite for drivers for years. Now, it’s been adapted to a self-charging Hybrid

Available as the Icon, Design, Excel and GR Sport, the Toyota Yaris Hybrid is a 1.5L Petrol Hybrid vehicle engine that produces 116 horsepower. The Yaris has a top speed of 108 mph and can do 0-62mphin 9.7s.

Each of the different models of cars have slight tweaks in the spec, we have picked out 5 different features which sets the Icon, Design, Excel and GR Sport apart. 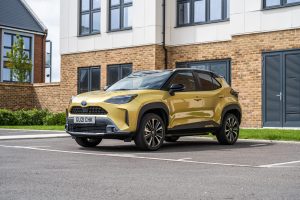 The Yaris Cross, a SUV packed with technology.

When choosing your Yaris Cross, there are two engine choices. The first choice is a 1.5 Petrol Hybrid engine with front wheel drive. This produced 116 horsepower and the MPG is between 54.3 and 64.1. With this engine choice, you get 5 different options: Icon, Design, Excel, Dynamic and Premiere Edition. Similar to the Yaris, each of these options have slightly different specs. The main differences include size and type of alloy wheels, infotainment system (either the 8” Toyota Touch 2 or 9” HD Toyota Smart Connect) and driver’s aids ranging from Adaptive Cruise Control to pre-collision systems.

The second choice of engine is also a 1.5 Petrol Hybrid but with ‘Intelligent All Wheel Drive’. This produces 116 horsepower and the MPG is 55.3. With this engine, the Yaris Cross Dynamic is the one for you. The Dynamic is equipped with a 9-inch HD Toyota Smart Connect infotainment system with smartphone connectivity and navigation. The Dynamic also features ‘Intelligent Adaptive Cruise Control’ and ‘dual-zone automatic air conditioning’. 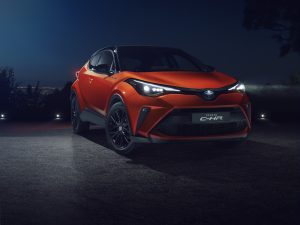 With 4 different options available, it can be difficult to decide which one to pick. These are 5 different features that set the Icon, Design, Excel and GR Sport apart. 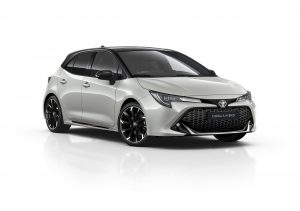 Just like the Yaris Cross and C-HR, the Corolla Hatchback has two different choices of engines:

However, no matter which engine you choose all 5 different models are available. These are the Icon, Icon Tech, Design, GR Sport and the Excel. These cars have some features which you may not be able to find on other hybrid models. 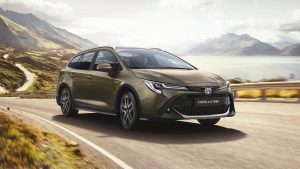 The Corolla Touring Sport has the same engine options available and the same models with the same spec as listed above. However, there is an addition. The TREK. Only available with the 2.0L petrol Hybrid engine, key features on the TREK including ‘Hill-Start Assist Control’, ‘Black wheel arch moulding’, privacy glass, ‘TREK badge on the boot’, ‘TREK door scuff plates’, ‘kick-activated boot opening’ and ‘follow-me-home headlights’. 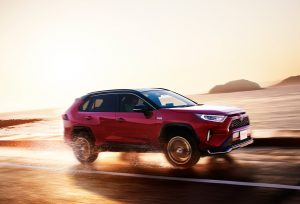 The RAV4 has a choice of two engines. Both are 2.5L Petrol Hybrid engines, one with front wheel drive and 218HP. The second one has ‘Intelligent All Wheel Drive’ with 222HP.

With the FWD, the models available include the Icon, Design, Excel and Dynamic. Just like the other models, the 4 different models have slight tweaks in the specification. The main differences include driver aids (including pre-collision systems, Lane Trace Assist and Blind Spot Monitor) and infotainment such as the ‘Toyota Touch 2 with Go Navigation’ and ‘Smartphone integration’. With the ‘Intelligent AWD’, the Icon is not included but there is an addition.

The Adventure is one of the models available that is only found in the RAV4 models with the intelligent AWD. The Adventure’s features include puddle lights, Apple CarPlay and Android Auto smartphone connectivity, ‘Toyota Touch 2 with Go Navigation’, ‘Toyota Skyview Panoramic roof’ and boot underfloor storage.

If you are interested in a Plug-in Hybrid, check out the RAV4 PHEV. Equipped with a 2.5L Petrol Hybrid engine with 306HP and ‘Intelligent All Wheel Drive’. This engine does 282.4 MPG. There are three options available: the Design, the Dynamic and Dynamic Premium. These are the main differences between the models. 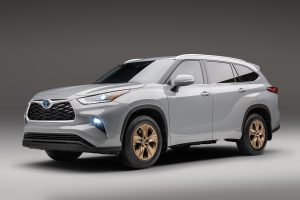 The final model of the Hybrid Toyota is the Highlander. The engine is a 2.5 petrol Hybrid engine with ‘Intelligent All Wheel Drive’ and 248HP. The two models of choice are the Excel and the Excel Premium.

Those are the models of hybrid Toyotas and what they can offer. Check out our range of Toyota, new and used. For more information and news, check out our news page.