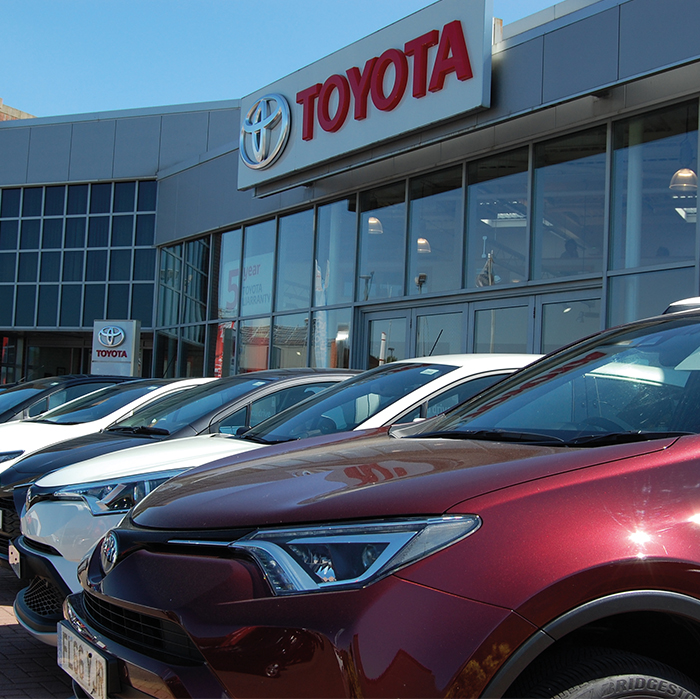 A History of Ron Brooks Toyota

Founded in 1962, Ron Brooks has held a Toyota franchise at their Ilkeston dealership for nearly half a century, making them one of the longest-running Toyota Centres in the UK.

In 2018, the Ilkeston Centre was awarded the Toyota Retailer of the Year and in the same year, the Toyota Ilkeston and Mansfield Centres won the highest combined award, known as Customer Drive Area, within the Toyota network.

The following year, Ron Brooks was awarded the Franchise Dealership of the Year Award at the Motor Trader Industry awards as many industry bodies started to recognise Ron Brooks Toyota for its history, hard work and success.

A Background of Toyota

Almost 30 years before the launch of Ron Brooks, in 1933, Toyota launched under the division of Toyoda Automatic Loom Works when Sakichi Toyoda invented the world’s first automatic loom and set up the Toyoda Spinning and Weaving Company in 1918.

In 1929, the loom impressed a British Company that bought its production and sales rights to it and the money went on developing cars. The first-ever Toyota passenger car was launched in 1936, with many household names such as the Corolla, Land Cruiser, Hilux & Century coming in the ’50s & ’60s and remaining ever-present on UK roads to this day.

The rest, as they say, is history!

We’ve taken a look below at 10 iconic Toyota models throughout history and how they have changed since they were launched versus the latest version. 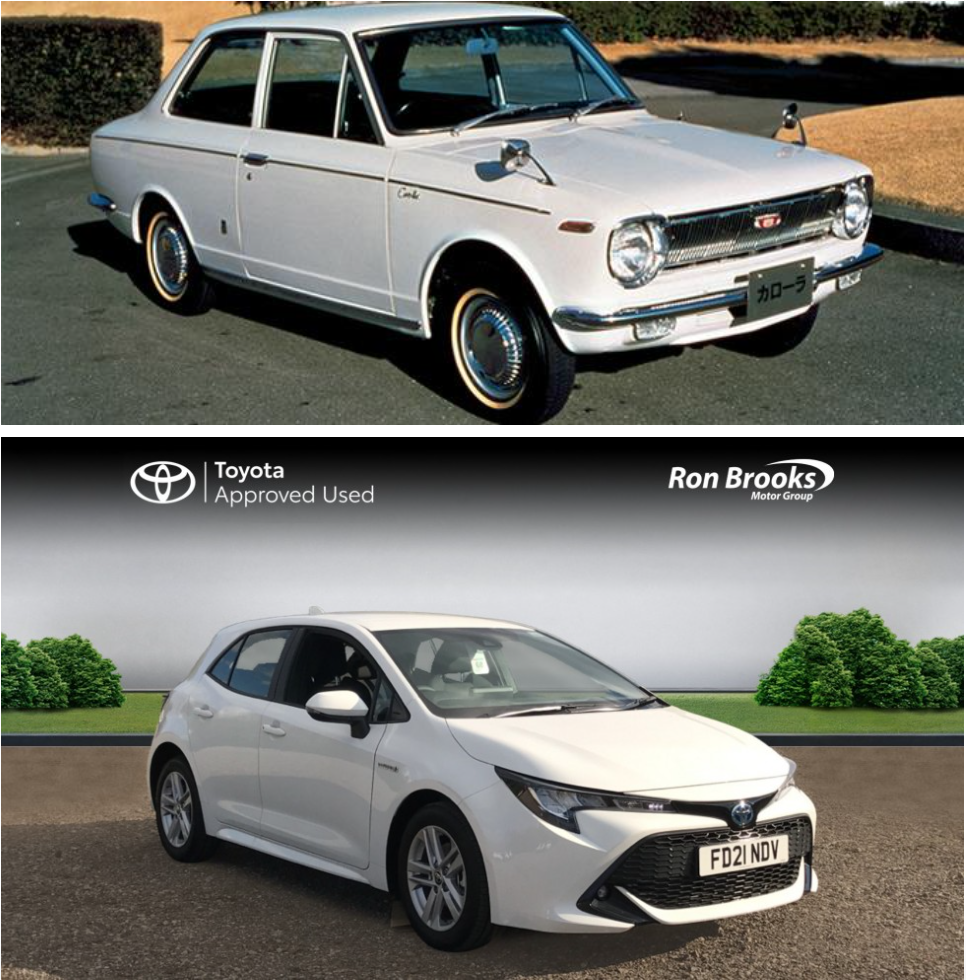 Launched the same year that England won the world cup, the Toyota Corolla has gone on to be one of the best selling cars in the world. As of 2021, 50 million Corollas have been sold worldwide over 12 generations and Ron Brooks has been a part of that since production. Almost unrecognisable from the original, today’s Corolla’s are just as much of a design classic. 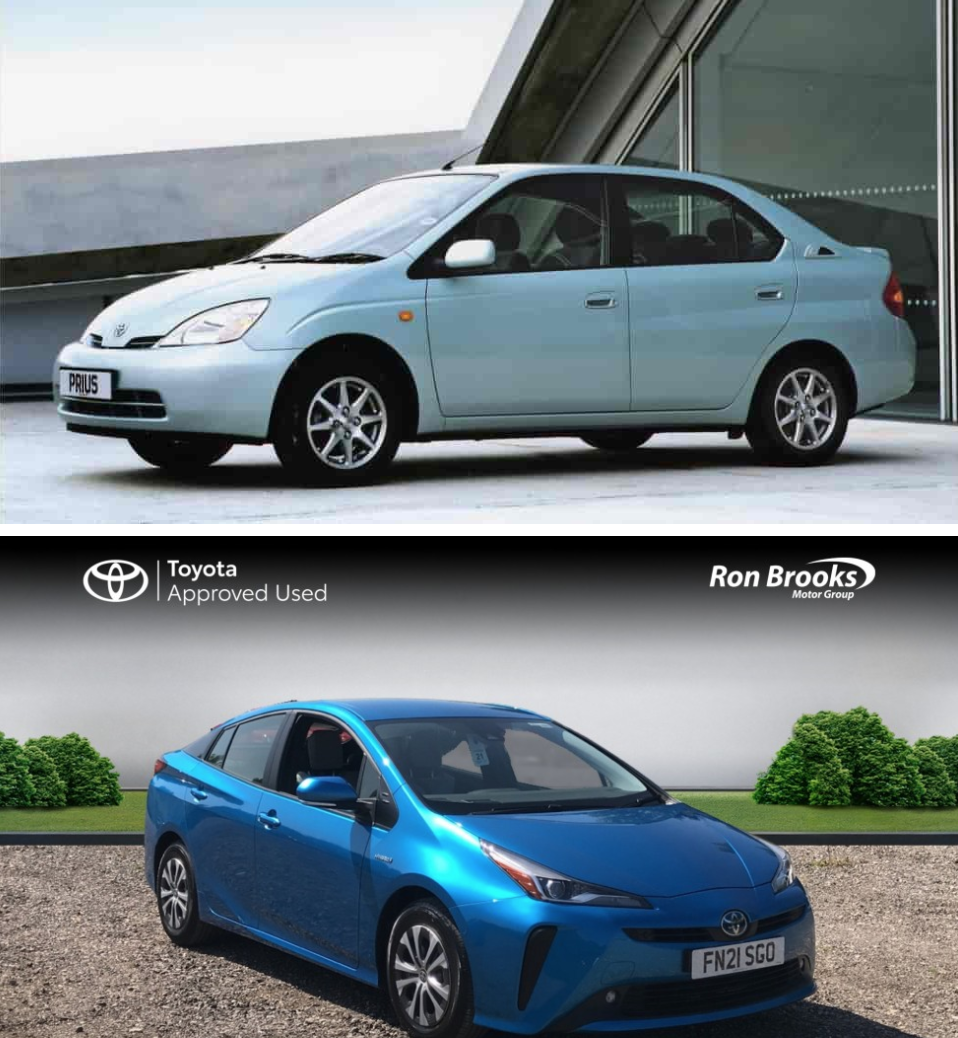 The fully hybrid electric Toyota Prius is seen by many as the original hybrid and has been championing the cleaner fuelled revolution for over 20 years. Its icon status has been boosted by its adoption from taxi and ride-hailing services where its reliability and quiet driving have made it a firm favourite. Coupled with a stylish exterior and luxury interiors, it’s clear to see why the Prius has stood the test of time. 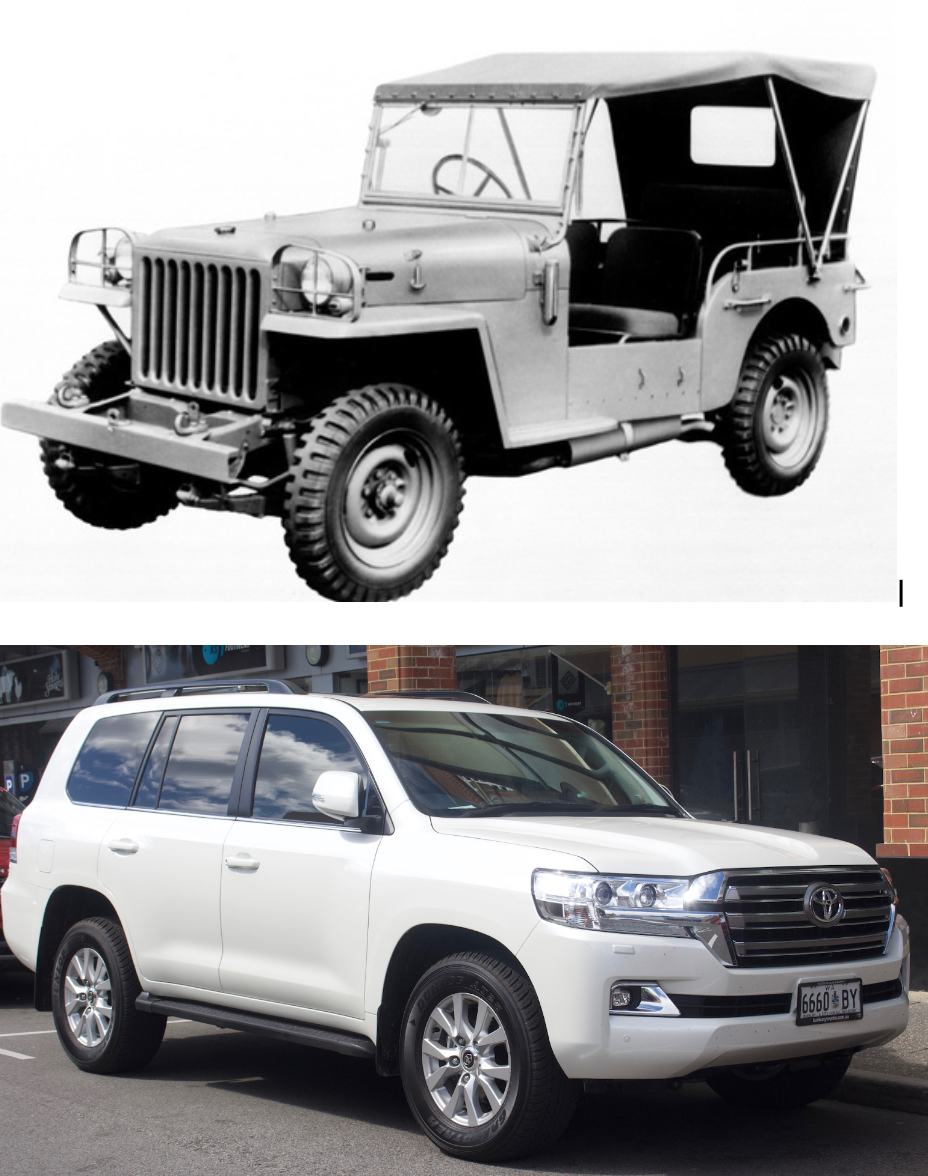 Launched in 1951, the Land Cruiser is Toyota’s longest-running series of models. Sales of the Land Cruiser surpassed 10 million units globally as of 2019 and show no sign of slowing down. And it’s easy to see why this model is so popular, especially in countries with tough terrain such as Australia, as the Land Cruiser is notoriously reliable and hard-wearing. 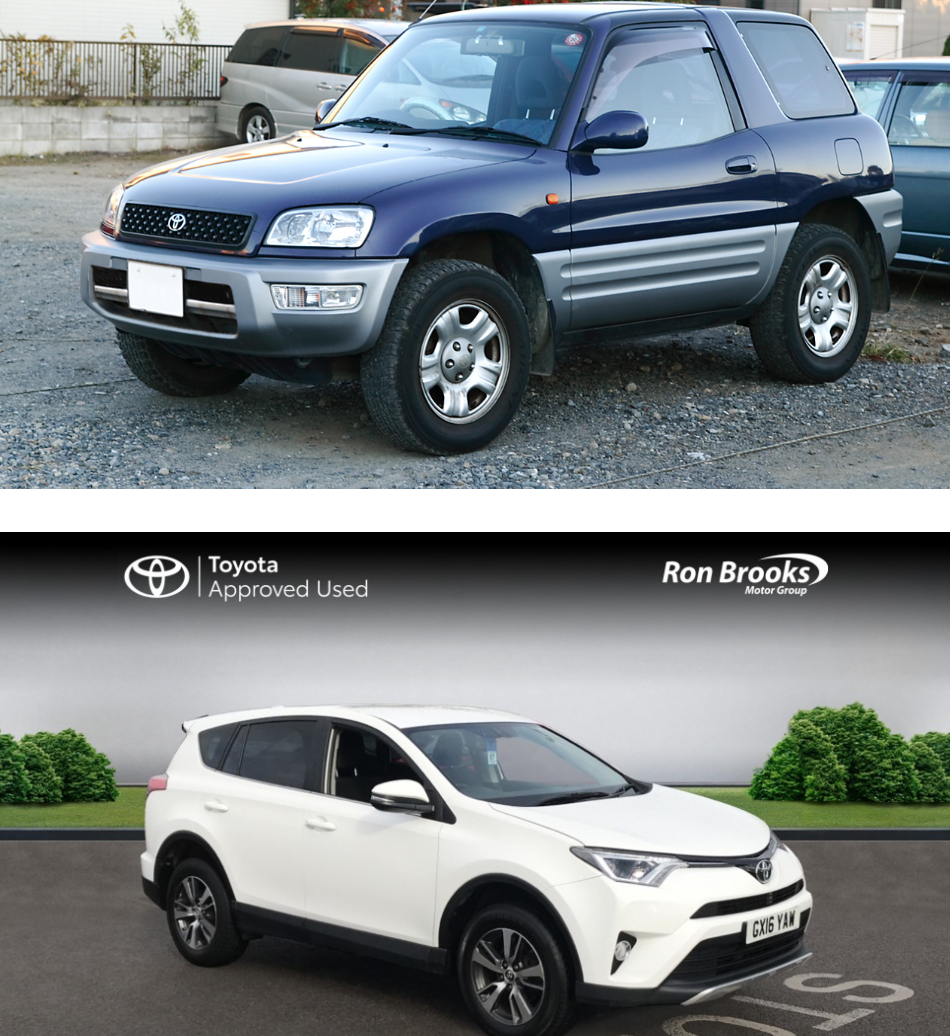 One of the newer iconic models on the list, the RAV4 is another infamous SUV from Toyota. It was initially designed to have all the benefits of SUVs, such as space and 4 wheel drive as well as the handling and economy of a smaller car. The name of the Toyota RAV4 is an abbreviation of “Recreational Active Vehicle with 4-wheel drive”. 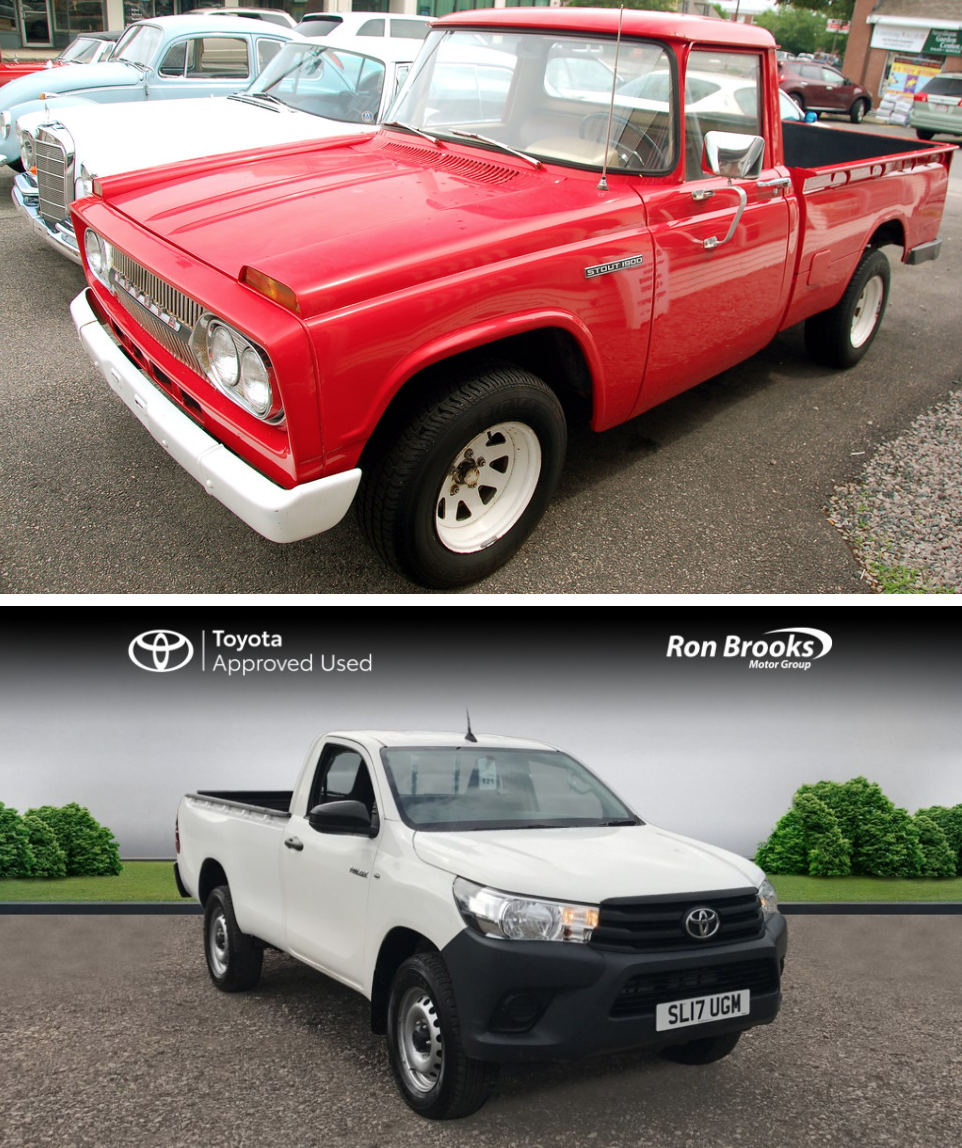 Launched in 1968, the Toyota Hilux is known for being able to handle tough terrain. The Toyota Hilux is the best selling Pick Up, with over 18 million shifted throughout the world and although the vehicle has changed a lot over the years, the original recipe has stayed the same. The popularity of the Hilux has continued to grow with sales in Europe doubling since 2012. With a 2.8 litre, 204 DIN hp 500Nm diesel engine, the Hilux is unstoppable. 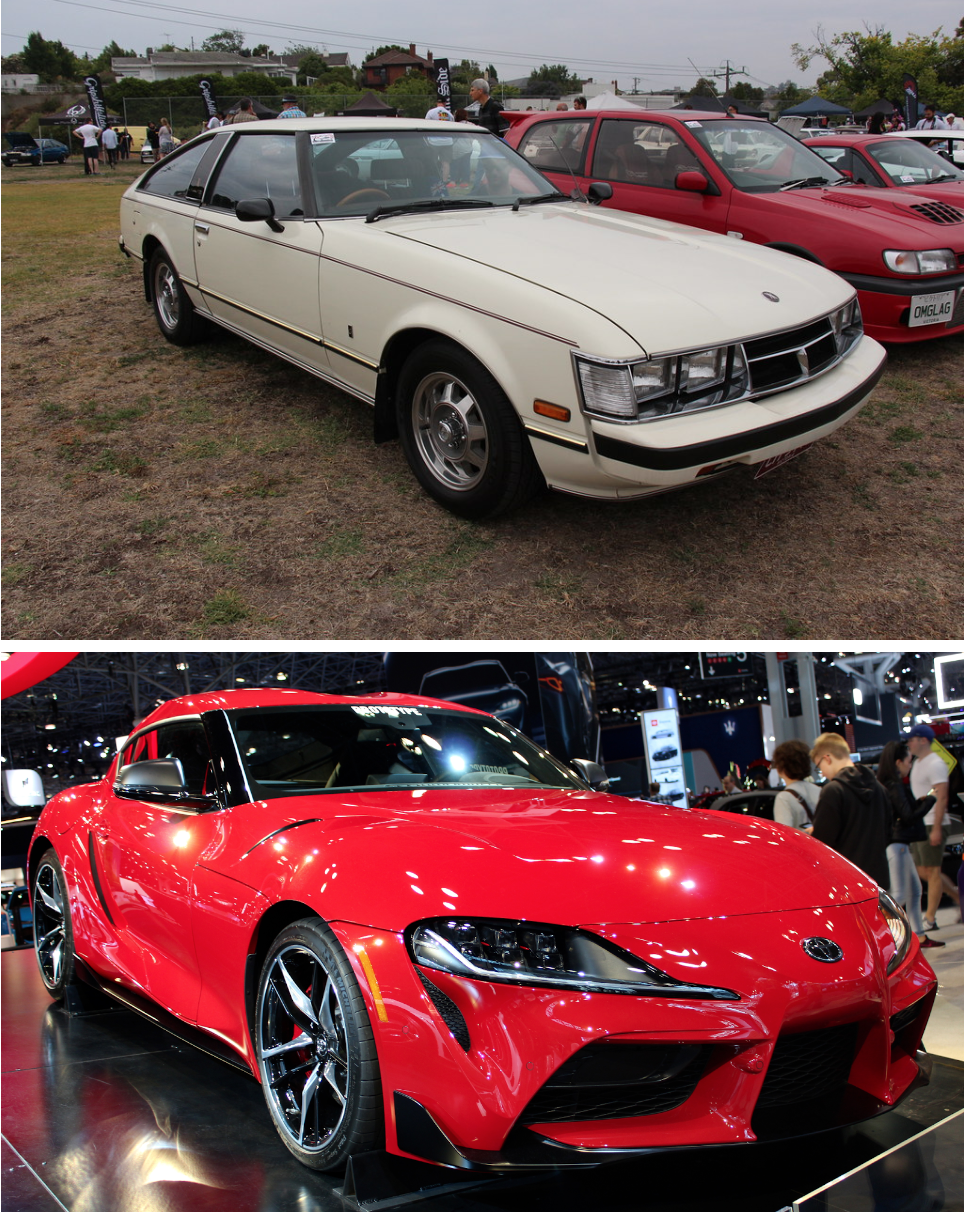 Even though there are 20 years between releases, the Toyota Supra doesn’t fail to impress. The Supra is a collaboration with BMW making this car worthy of the Supra badge. The car features racing-inspired aerodynamics and technology that you wouldn’t expect on a car. The meaning of Supra, says it all! 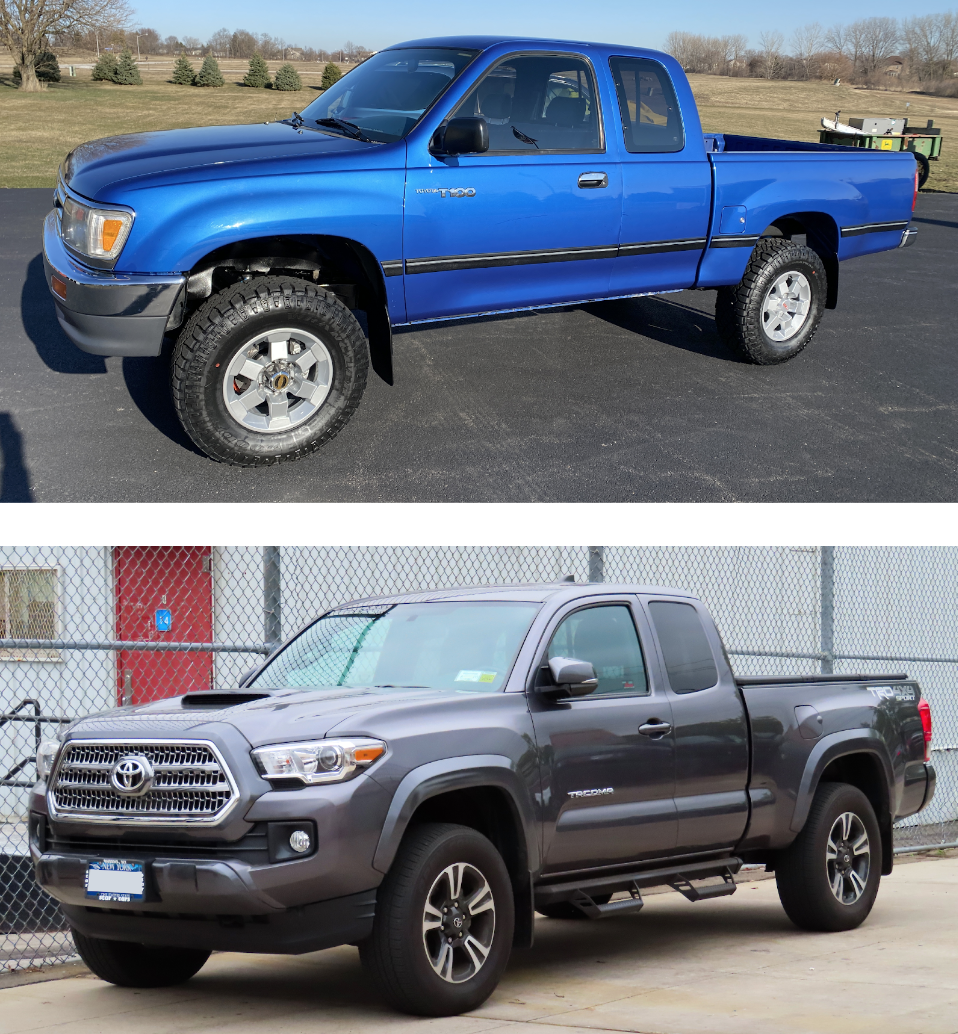 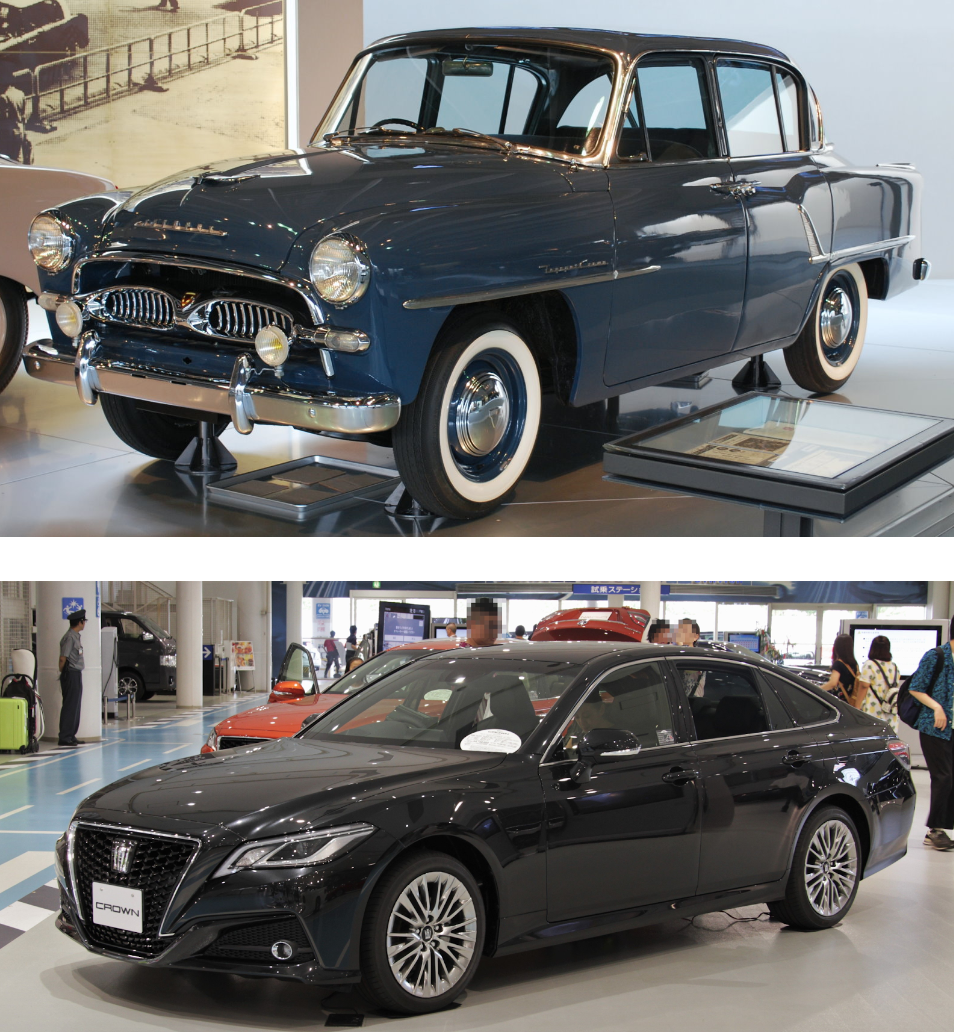 Since being released in 1955, the Toyota Crown has seen multiple generations. The car is a classic. It has a reputation for being extremely reliable and just a great car to drive. That has continued throughout the generations. 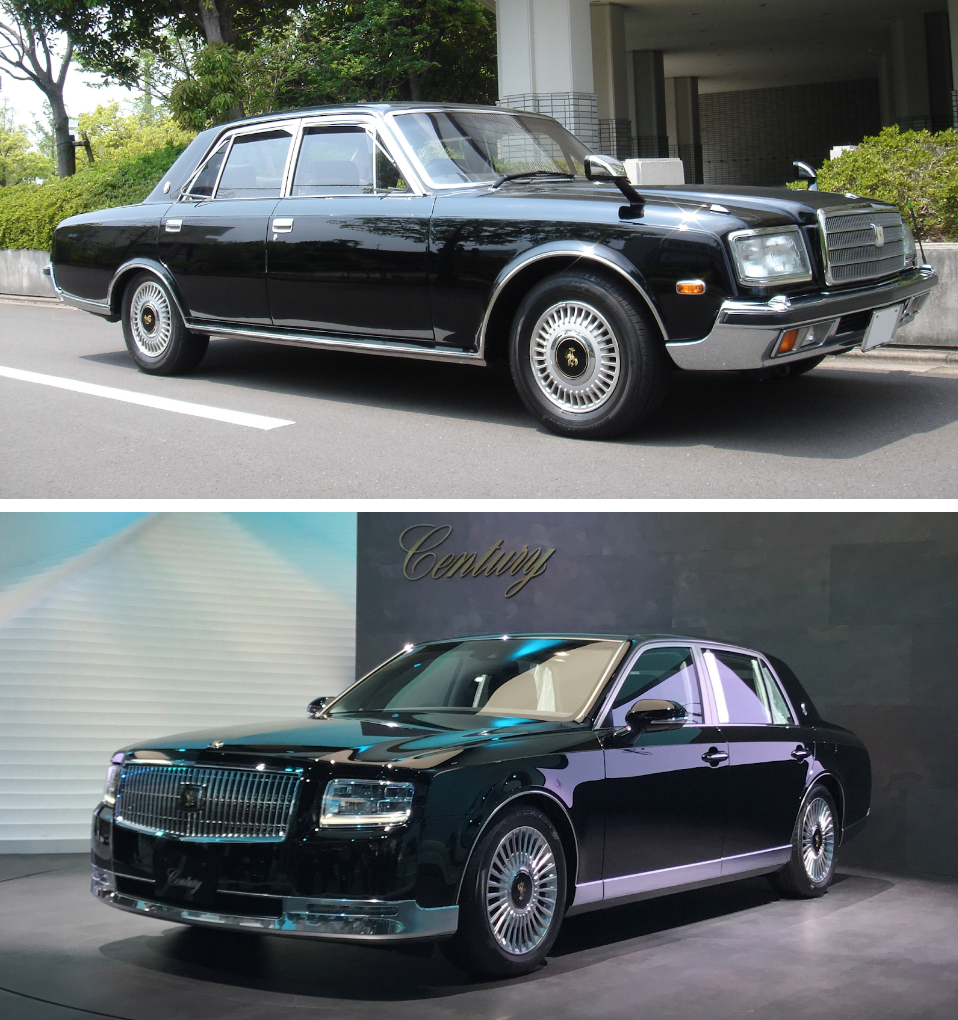 This luxury vehicle only got better over the years. First released in 1967, the Toyota Century was inspired by the Toyota Crown Eight in 1964. Only minor changes were made to the Century until 1997 when it was completely redesigned and again in 2018. Although the Century has gone through multiple redesigns, it has remained a classic and luxury car. 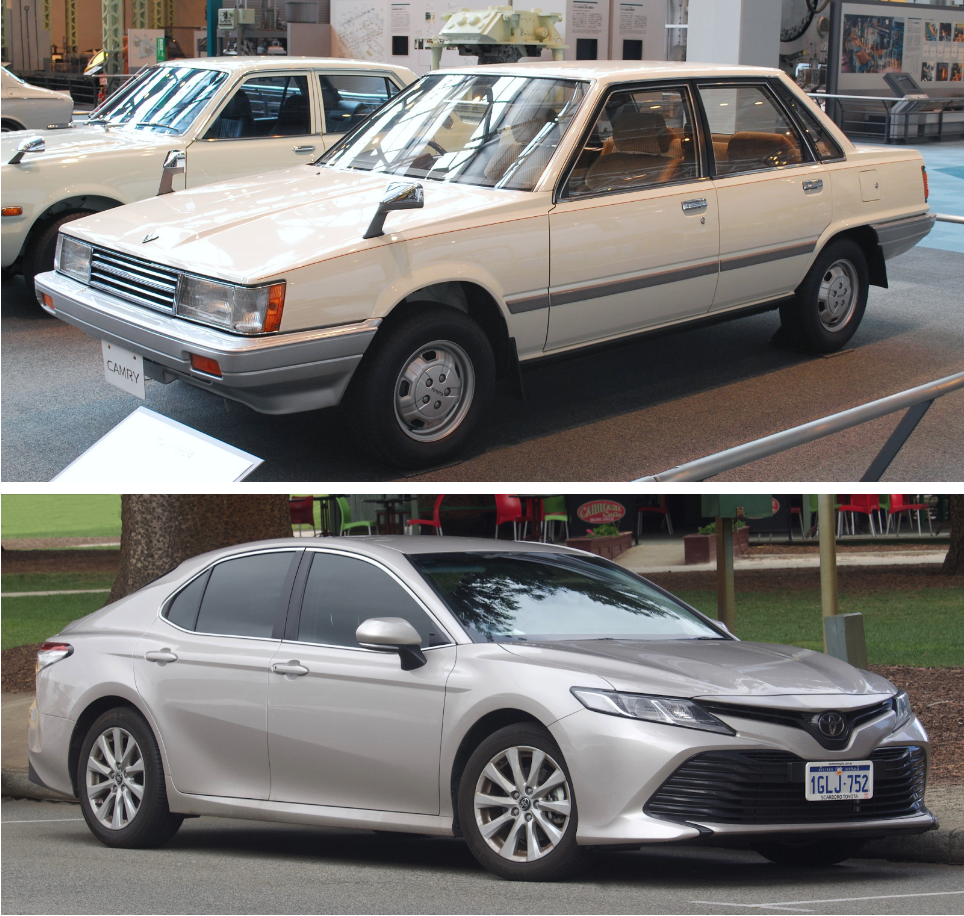 First released in 1982, the Toyota Camry is “the next level of hybrid”. With over 33,000 sold in 2020, it has become very popular. What used to originally be a compact car, the Camry has since grown and been developed to suit the modern era of cars, that is both elegant and practical. With its 2.5L inline 4-cylinder engine, the Camry is ready for you!

I hope you enjoyed our little trip down memory lane looking back at how some of the most iconic Toyota models have evolved and changed over the 60 years that Ron Brooks has been in business. We’ll be celebrating this milestone over the coming year so make sure you keep an eye on our blog and follow us on Facebook & Twitter for more information.