New Toyota GR Yaris: forged in the heat of WRC 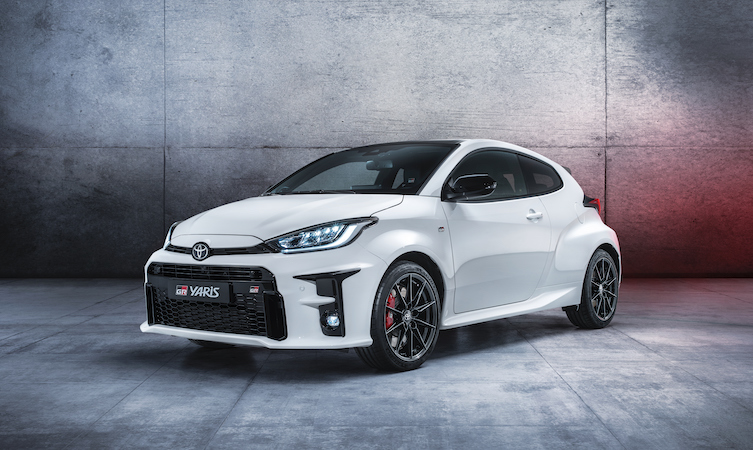 The waiting is over! The new Toyota GR Yaris has been revealed at the annual Tokyo Auto Salon in Japan.

A pure performance car, our rally-inspired Toyota GR Yaris offers unique styling, a three-door body shell and a powerful 257bhp, 1.6-litre turbocharged 3-cylinder engine. With a six-speed manual gearbox and advanced four-wheel drive chassis, the car is the product of the design and engineering skills of Toyota Gazoo Racing and Tommi Mäkinen Racing, and is a new top-of-the-range model with the heart and soul of a rally car.

Just as the Celica GT-Four was the road-going equivalent of our Group A Celica rally cars in the Nineties, the GR Yaris serves as the official homologation model for the development of the next Yaris WRC car. In fact, in reference to its illustrious predecessors and their all-wheel drive technology, the GR Yaris features a GR-Four logo on the tailgate.

As this post will explain, every aspect of the car has a performance focus. All the credentials are there for competition success and for delivering exhilarating performance as a super-hot hatch for the road.

A lower roofline improves the car’s ability to cut through the air. Meanwhile, positioning the new 1.6-litre turbocharged engine further towards the centre of the car and locating the battery in the boot optimises chassis balance for improved handling, stability and responsiveness. Reinforcements beneath the side members ensure optimal suspension performance.

The three-door bodyshell is made from lightweight materials including compression moulded carbon fibre polymer, while aluminium is used for the bonnet, doors and tailgate. As a result, the GR Yaris weighs 1,280kg and has a power-to-weight ratio of 5.0kg per bhp.

Pricing for the UK market is still to be announced. Keep an eye on our site for regular updates.