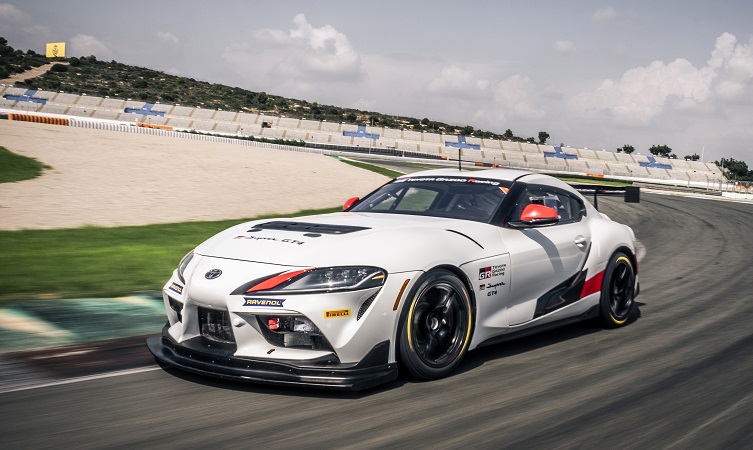 Remember the GR Supra GT4 Concept we revealed at the Geneva motor show in March? Well, you can scrub ‘concept’ from that name because Toyota Gazoo Racing will start official sales of the GR Supra GT4 race car to customer teams in March 2020.

Our new competition model is based on the road-going GR Supra and developed by Toyota Motorsport GmbH (TMG). It will initially be offered in Europe, followed by North America in August and Japan/Asia in October next year, strengthening the company’s focus on customer motorsport.

The 3.0-litre in-line six-cylinder engine with single twin-scroll turbocharger has been tuned to 430bhp and is matched to a seven-speed version of the original sports automatic transmission, with paddle shifts and a mechanical limited-slip differential. Performance elements include a race-spec Akrapovič exhaust system and Ravenol lubricants.

The car’s front splitter and rear wing are made of a natural fibre composite, contributing to an overall weight reduction of around 145kg. Following the specification of the GR Supra road car, the suspension system features front MacPherson struts and a multi-link arrangement at the rear. Adjustable KW performance dampers are used both front and rear.

The braking system is uprated with dedicated Brembo racing calipers – six-pot at the front and four-pot at the rear – while the five-stud OZ Racing alloy wheels measure 11×18-inch and are shod in 305/660 Pirelli tyres. Safety provisions include a high-strength roll-cage for the lightweight steel body and an FIA-standard racing seat with six-point harness. The interior is fitted with a carbon fibre instrument panel with a display and steering wheel designed specifically for GT4 competition.